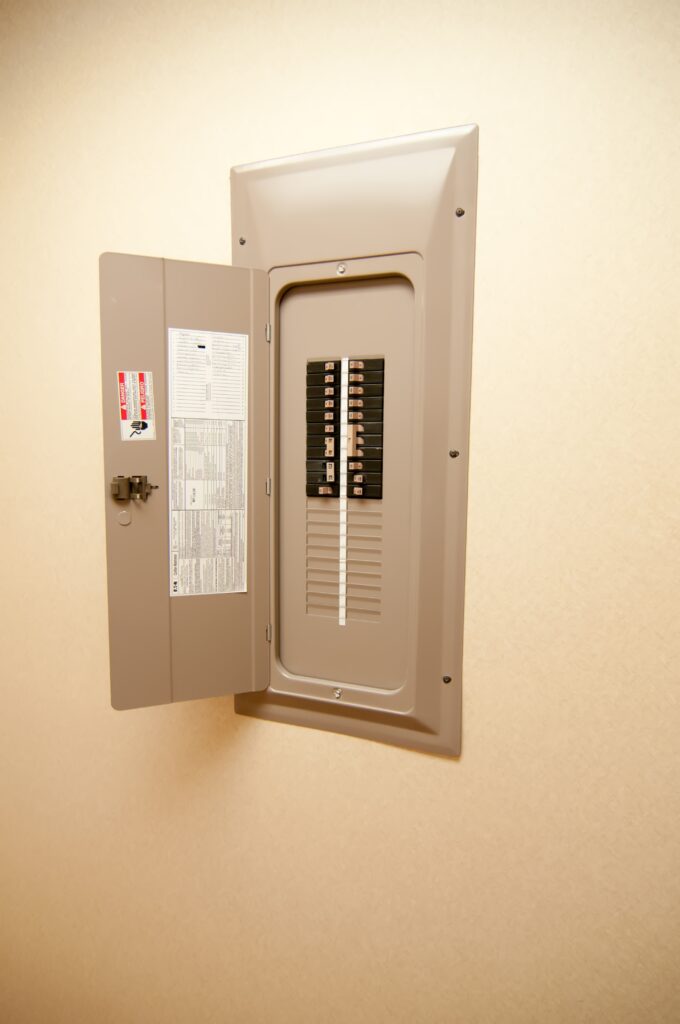 Circuit Breaker Tripped Again? Here’s What to Do

The circuit breaker has been tripped again—how annoying! There’s nothing worse than not being able to run your appliances at the same time. Tripping a breaker once or twice might not seem like a big deal, but if it’s happening more frequently, it might be time to get it checked out. Read on to learn more.

What is a Circuit Breaker?

A circuit breaker panel is a series of switches that help protect your home from excess currents or short circuits. A ‘circuit’ is a closed loop of wires which allows energy to flow throughout your home. If something is wrong—such as too much current flowing through the circuit—the breaker switch will “trip” and break the circuit, cutting the power. Without a breaker panel, the excess electricity would cause the wires to overheat, creating a fire hazard.

Why Do Circuit Breakers Trip?

When you run too many appliances at once, you’re forcing a circuit to deliver more electricity than it can safely carry, so the breaker kicks off. A short circuit is another potential cause of a circuit breaker turning off. If you reset a breaker and it immediately trips again, the reason could be a short circuit, and a professional electrician is needed.

An electrical circuit consists of a hot wire that carries electricity and a ground wire that protects against electrical surges and shock. When the hot and ground wires touch each other or the ground makes contact with metal, it creates a short circuit known as a ground fault.

The circuit breaker for the kitchen tripping can result from running too many small kitchen appliances at once—such as your microwave and toaster oven. It’s also common for a breaker to trip if you’re running a few small appliances and the refrigerator kicks on.

Different outlets may be wired to different circuits. Try moving your microwave to a different counter and plugging it into another outlet. Remember—never use extension cords with appliances!

If your breaker has been tripped, turn off and unplug one or two devices before resetting the switch. You may need to do some detective work to determine which appliances can be run from which outlets at the same time.

Just as with your kitchen, bathroom outlets are another common source of circuit problems. However, remember that water and electricity do NOT mix! It’s important to be mindful of outlets and devices when in the bathroom. Always unplug devices before leaving the bathroom, even if it has an ‘off’ switch. Never use electrical devices while in the bath or shower, or near a sink of water.

What to Do if Your Circuit Breakers Keep Tripping

Tired of not being able to blow-dry your hair while your partner is making breakfast? Minor inconveniences can become annoying over time, but constantly tripping breakers can be a sign of a potential problem with your home’s wiring. A burning smell or a circuit breaker that shows evidence of heat damage is another warning sign. If you suspect an issue, disconnect everything plugged into that circuit and give our team a call.

JDP Electric has been serving the Fargo, North Dakota, area for over two decades. We’re here to help with all of your residential, commercial, and industrial electrical needs—including issues with circuit breakers. Give us a call at (701) 232-1991 or email info@jdpelectric.net to learn more.