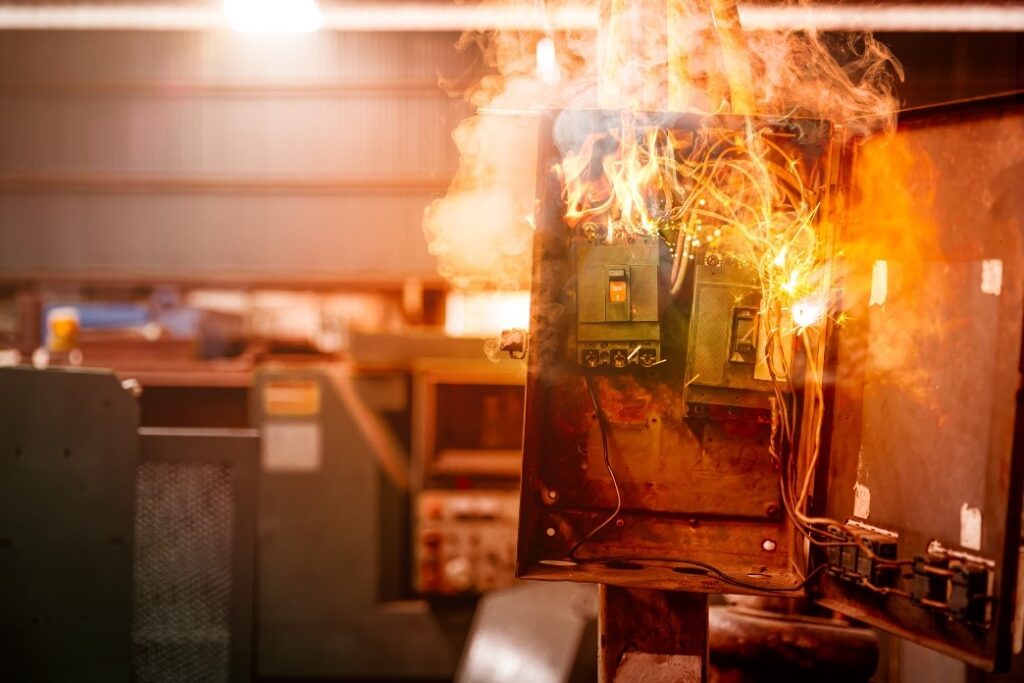 Ways in Which Outdated Electrical Systems Can Cause Fire

The allure of old houses and historic buildings comes from their wonderful craftsmanship and individualistic architectural character. Though you might find these aesthetics visually appealing, old-fashioned structures also have major issues hidden behind their walls. One of these is an old electrical system.

Outdated wirings are present in homes built over 20 years ago, making them more prone to fire accidents than modern buildings. Here are some ways old wirings can potentially lead to an electrical fire hazard.

It was a common type of wiring used in American structures built in the late 19th century and early 20th century. The wiring has a copper wire held in position by porcelain knobs and protected by porcelain tubes. Hot and neutral wires were suspended separately in the air, so heat could disperse.

Knob and tube wiring can be dangerous if the wire insulation is compromised. If it is wrongly altered or installed, significantly deteriorated, or constantly gnawed by rats, it can be an electrical fire hazard. According to insurance companies, this kind of wiring is one of the leading causes of fire in old buildings. If you have one, you need to get the necessary electrical service to fix it.

Obsolete wiring has lower amperage. It means that it can’t keep up supplying power to modern electronic appliances like wide-screen televisions, air conditioners, and computers, among others. This can cause an electrical circuit overload that may later result in combustion.

Over the years, people with little to no experience in electrical training may have tried fixing and installing wires improperly in old-fashioned structures. Due to this, you’ll most likely find terrible wire repairs, loose live wires, and other electrical problems.

If the electrical panel has not been upgraded, the breakers and switches will likely malfunction. A circuit breaker needs to operate correctly to prevent wires from overheating due to high voltage use. Because the wires can potentially catch flames, avoid this by having an electrician look into your circuit breaker.

Old buildings have obsolete electrical designs that followed the safety codes back when the structures were built. With such electrical systems, the building would be a fire hazard, and it would not likely pass a safety inspection by today’s standards.

These potential electrical fire hazards are not only found in old buildings. These problems can also be detected in modern structures. If you own an establishment in Fargo, ND and if you’re looking for a professional electrical service to prevent these issues, contact JDP Electric, Inc. today.

What to Do When the Power Goes Out in Winter